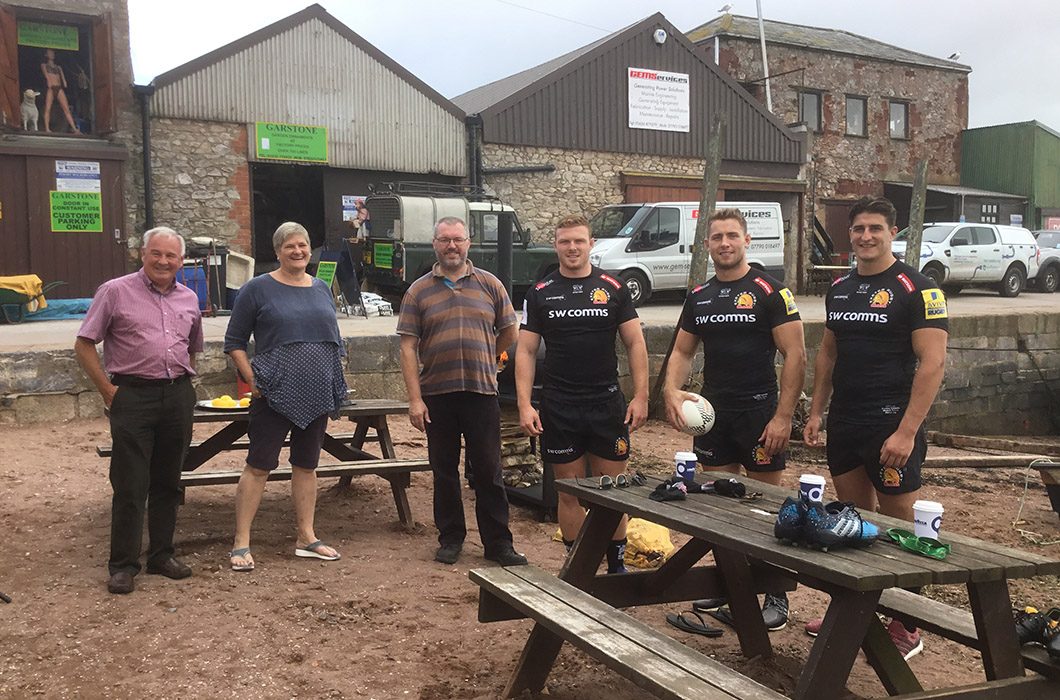 We’ve been sponsoring the Exeter Chiefs for many years now and as we approach the new rugby season we set off to Teignmouth in Devon for our first photographic shoot featuring our sponsored players. After negotiating some very small roads with our delivery van loaded up with a selection of our Morso Outdoor Living products, we made our way to the beach. At the time the clouds were grey and it was misty but slowly the sun emerged! It took quite a while to set up the shot and we had some fantastic help from Dave Simmonds who is a local fisherman and owner of the Seafood Deli. He also supplied us with a fabulous catch of the day which we wanted to feature in the final photograph.

Sam Simmonds, Sam Hill and Tom Hendrickson – our three sponsored players – arrived after a hards day training, fully kitted and wearing sun glasses. After several practice runs we achieved the shot we were after.

A big thank you to all involved. The Players. The Club. The Quay Inn. The Seafood Deli and Dave Simmonds. And the holiday makers who kindly tolerated our shenanigans on their beach! 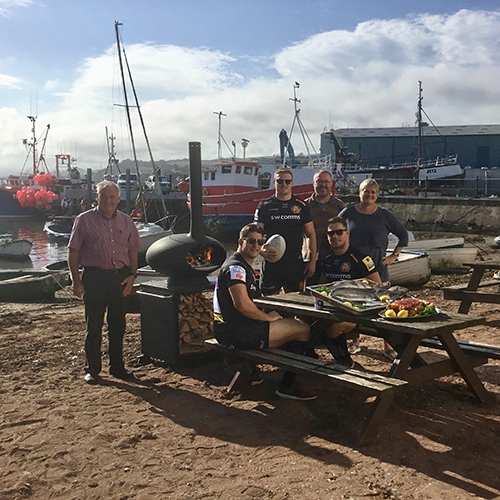 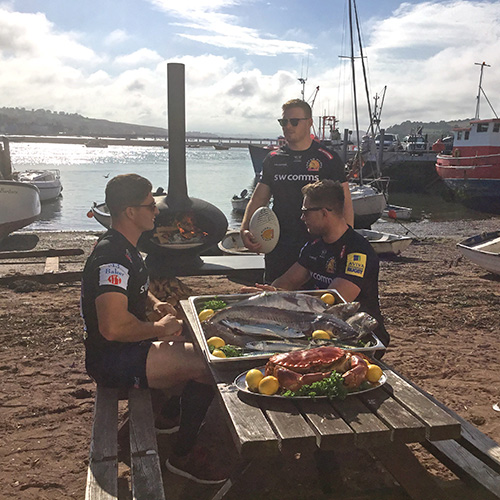